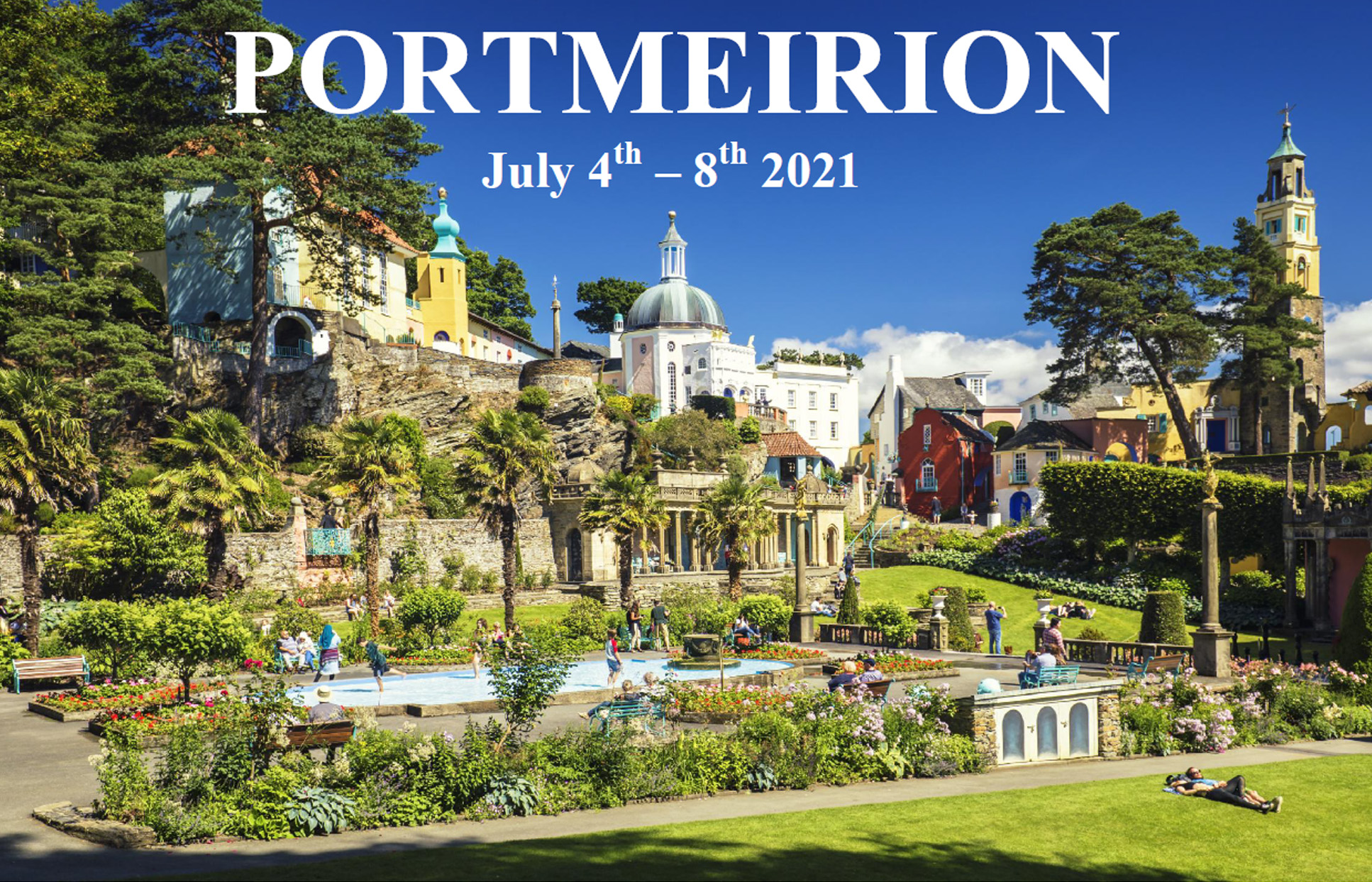 The four-night stay in Portmeirion, the magical Italianate village nestling on the edge of the Dwyryd estuary and used as the setting for the sixties TV series The Prisoner, has been organised after the great success of the stopover during the recent Dragon Trail through Wales.

The eccentric vision of the architect Clough Williams-Ellis has been a favoured haunt of many famous people who have stayed over the years, including George Harrison, Paul McCartney, Noel Coward, George Bernard Shaw, Ingrid Bergman – the list goes on!

Each day we take advantage of great driving roads, including Bwlch-y-Groes and Llanberis passes, stunning scenery ranging from seascapes to mountains, and leisurely daily mileages. This is an event not to miss!

Routes take in interesting attractions, just one of which is a train journey to the summit of Snowdon, and the usual Country Lane Tours detailed road book ensures stress-free navigation.

The event is restricted to just twenty-five rooms, some being in the quaint village houses, but all main meals are in the hotel.

The itinerary is as follows:

Sunday, July 12th. Arrival at Portmeirion during the day. Cars have exclusive reserved parking in the village. There will be a champagne reception on the terrace before dinner at 7.30pm.

Monday, July 13th. The day starts with a scenic run via the Aberglaslyn, Nant Gwynant, and Llanberis Passes to the Snowdon Mountain Railway for a trip to the top of the highest peak in Wales. Its rugged features were used as training by Sir Edmund Hilary for the expedition to Everest in 1953, and the views from the 3,560 feet summit are amazing.

After descending back down lunch will be at the Victoria Hotel before we drive a short distance to the fascinating Llanberis Slate Museum where you can get an insight into how the industry flourished in the nineteenth and early twentieth century. The original quarry went bust in 1969 and the Receiver took one look, realised it was a hundred years behind the times, and had the foresight to recognise the equipment needed to be saved as it was. It reopened as a museum in 1972.

The vast collection includes the largest working waterwheel on the UK mainland.

The scenic route back to Portmeirion runs through picturesque Beddgelert where you have the opportunity to stop and wander along the river bank, or maybe browse some of the craft shops.

Tuesday, July 14th. We start the day with visit to the ancestral home of Hedd Wyn, the celebrated Welsh shepherd poet who was killed at Paschendale in 1917 and posthumously awarded the black bardic chair at the  National Eisteddfod later that year. I think you’ll find the history fascinating!

Next we ascend the notorious Bwlch-y-Groes Pass, also known as Hellfire Pass (next page), and famous in the early days of motoring as a testing ground for cars’ hill climbing abilities. 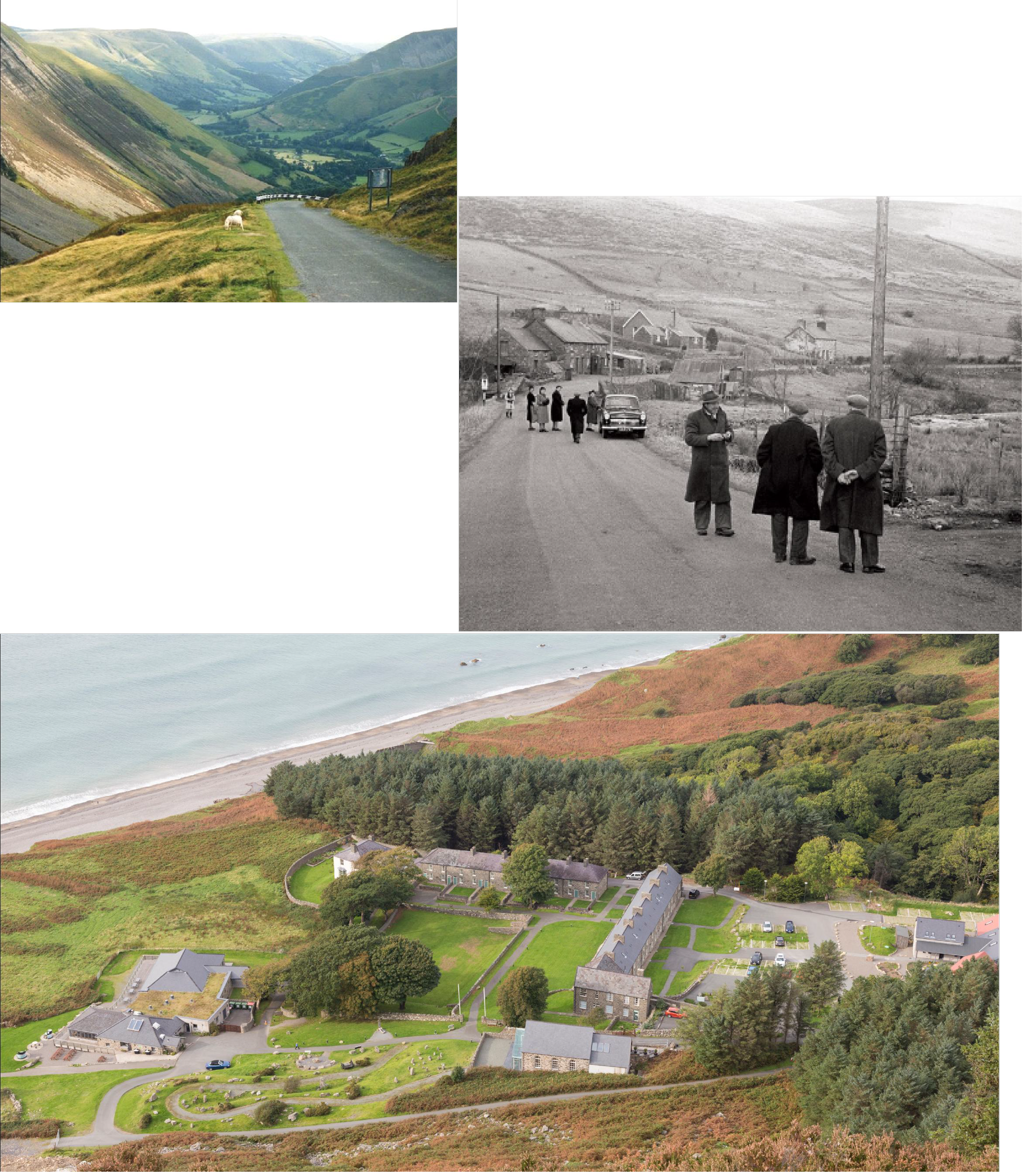 Lunch is at Palé Hall, a magnificent Victorian house and now a hotel on the outskirts of Bala. The  afternoon  route  skirts  Llyn  Celyn reservoir, where in 1965 the   valley and a village (see below) were  flooded to  provide water for Liverpool, and detours via the slate town of Blaenau Ffestiniog before returning to Portmeirion. Dinner 7.30pm.

Wednesday, July 15th. Today’s itinerary includes Caernarfon Castle, Dinas Dinlle aircraft museum, lunch at Nant Gwrtheyrn (below), a quarry village once only reached by foot or sea and now restored as a Welsh Language Centre, and the David Lloyd George Museum. Of course our wander along the Lleyn Peninsula could lead to sensory overload as you’re treated to more of the picturesque scenery North Wales has to offer. Dinner 7.30pm

The leisurely daily schedule is designed to allow you to enjoy the sights and attractions, as well as leaving plenty of time to explore the extensive grounds of Portmeirion, the eccentricities of the buildings, or to simply chill out on the terrace with a glass of wine.

What’s included in the price? 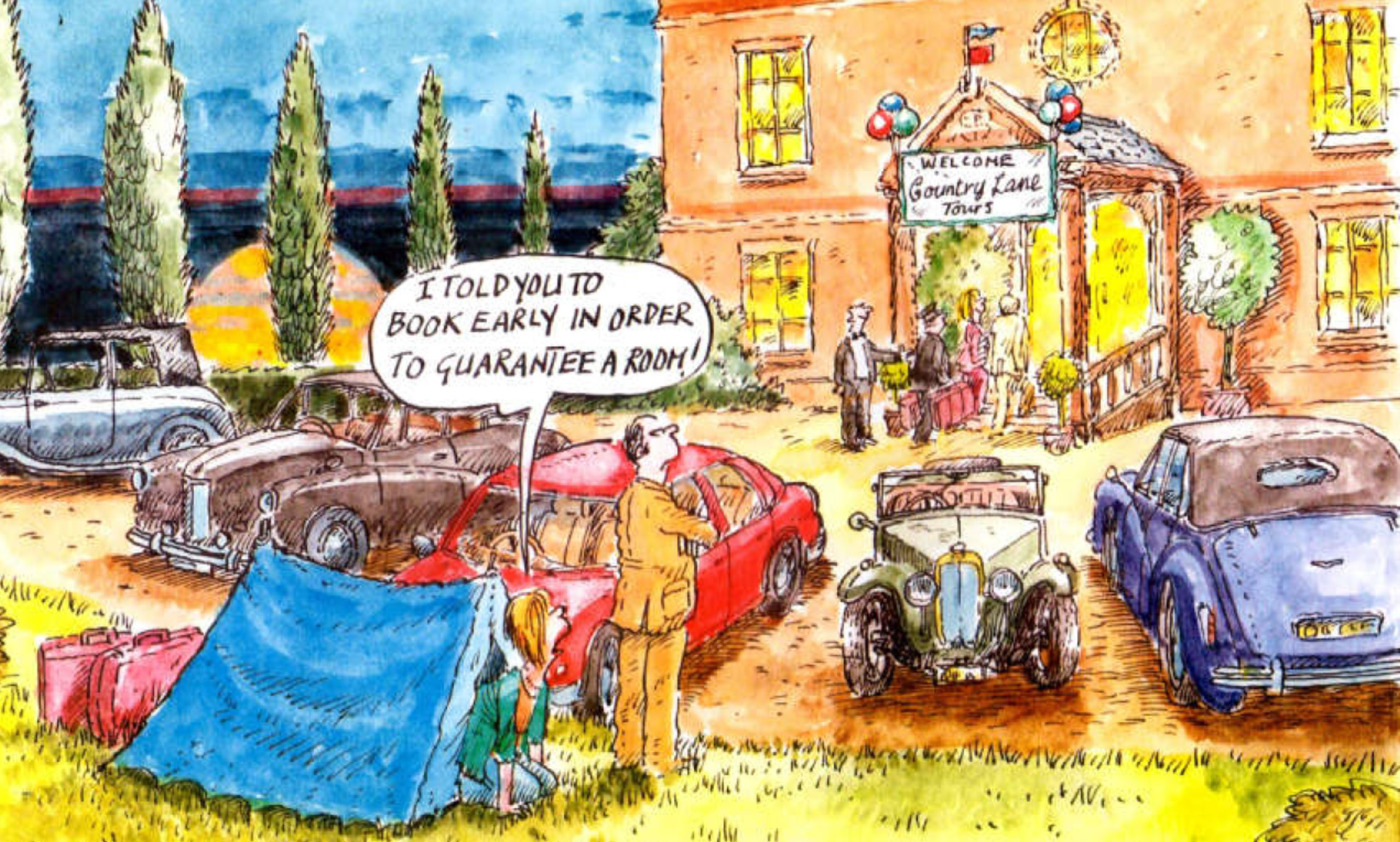 Complete our enquiry form and we'll send you an information pack